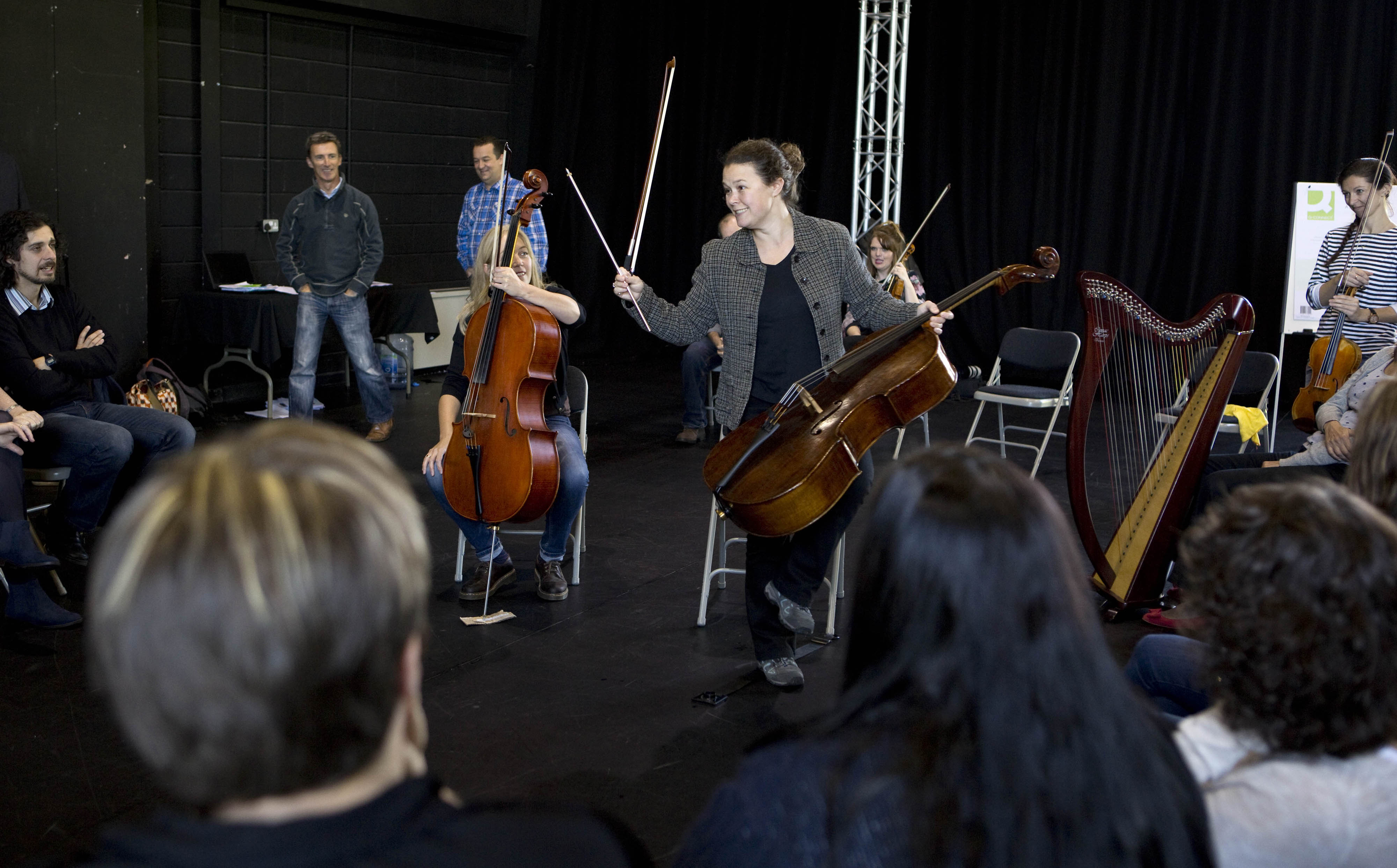 A pilot project which uses music to encourage language learning is being rolled out across primary schools in South and West Wales.

The trilingual music project, Listening to Language/ Cerdd Iaith, seeks to address the decline of language learning in Wales.

Led by the University of Wales Trinity Saint David, BBC National Orchestra of Wales, British Council Wales and ERW (Education through Regional Working), it sees musicians from the orchestra alongside language specialists working with teachers in schools across Swansea, Carmarthenshire and Ceredigion to develop creative approaches to learning Welsh, Spanish and English.

The project, which is funded by the Paul Hamlyn Foundation, looks at how musical elements of language – such as rhythm, repetition and rhyme – can aid learning.

Workshops are encouraging pupils to listen to the sounds of languages to enhance the process of developing and understanding new vocabulary.

Both the Language Trends Wales report (2016), for British Council Wales, and the Successful Futures report (2015), by Professor Graham Donaldson for the Welsh Government, identified that language learning is struggling in Wales.

Chris Lewis, Head of Education at British Council Wales, said: “Take-up of modern foreign languages in Welsh secondary schools has been in steep decline for more than a decade.

“Last year our Language Trends Wales report, the second national survey of modern foreign language teaching in Wales, found that schools are struggling to increase the number of pupils enrolling for GCSEs in foreign languages, with more disadvantaged areas seeing the lowest take-up.

“As part of its strategy to arrest this decline, the Welsh Government wants children to start learning languages earlier and this project aims to support that ambition by working directly with teachers to develop new and exciting, arts-based approaches to language teaching and learning in a primary setting.”

In addition, Listening to Language/ Cerdd Iaith aims to develop and strengthen the relationship between Wales and Patagonia, following the 150th anniversary celebrations.

Combined with developing language skills, pupils are learning through music about the history of Y Wladfa, the Welsh settlement in Patagonia.

The third term will help teachers explore how these new methods can be put into practice.

Professor Mererid Hopwood, of Yr Athrofa – Institute of Education – at the University of Wales Trinity Saint David, said: “It has been an excellent opportunity to explore with primary school teachers how pupils respond to the sounds of words.

“The approach seems to be developing an appreciation of the importance of deep-listening and the need to create the right environment to encourage risk-taking as we learn new languages.”