Less is more for curriculum reform 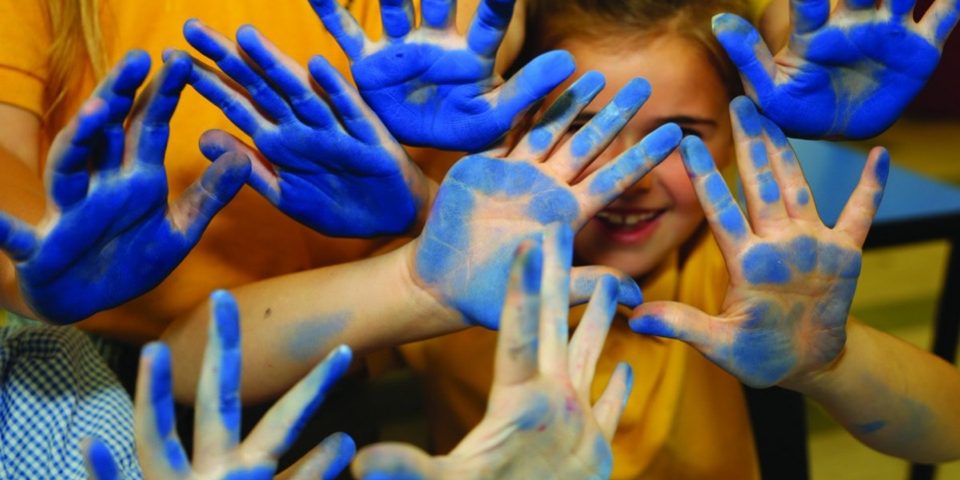 As Wales develops its new national curriculum, Gareth Evans warns that teachers will need room to innovate and we should not seek to overload those responsible for educating future generations…

And it is little wonder, given the significant and lasting impact teachers have on the pupils in their care.

Teachers are the agents of change and, without them, there is little chance of Wales reaching the heights to which we all aspire.

It was refreshing, therefore, to see Education Secretary Kirsty Williams use her keynote address at the recent National Education Conference to affirm the high esteem in which she holds the teaching profession.

Her declaration that “teaching is the most important job in the world” could not have been clearer and is welcome recognition of the hugely significant societal role teachers undertake.

The introduction, for the first time, of a National Education Workforce Survey – facilitated by the Education Workforce Council – was a positive addition to the educational landscape in Wales and is indicative of the culture of collaboration Ms Williams has been at pains to nurture since her appointment last May.

It will be interesting to see what is born out of its results.

There are sure to be elements of the survey that will make for difficult reading; teachers do not have it easy and funding is tight.

But, arguably, there has never been a better time to work in Wales’ education system.

Professor Graham Donaldson’s plans to liberate the profession and give schools more freedom to serve the individual needs of their own pupils has been described by ministers as an “historic step forward in Welsh education history”.

What and how children learn in Welsh classrooms will change dramatically in the coming years and schools, in partnership with the Welsh Government, universities and regional consortia, have been given licence to lead us through that transformation.

Reform like this does not come along often; its scope is vast and its reach wide-ranging.

But overhauling Wales’ national curriculum is as exciting as it is daunting.

Together, we have a wonderful opportunity to design, develop and implement our own bespoke syllabus for the benefit of our own, Welsh learners.

A lot has changed since the existing national curriculum was introduced in state schools in England, Wales and Northern Ireland in 1988.

The World Wide Web was still being conceptualised and many of today’s teachers were not yet born.

We live in a very different age; globalisation is a prominent feature, technological advancements have shifted the goalposts and there are new, higher-level skills demanded by employers.

But Professor Donaldson himself has warned that reforming Wales’ national curriculum is “not a question of flicking a switch” and it could be many years before new arrangements are properly bedded down.

With that in mind, we must respect the embryonic process that is currently underway and be wary of confining ourselves to stringent deadlines.
If our new curriculum is to be truly co-constructued, we must give it the space to do so organically and free from political intervention (the cross-party support for curriculum reform to date has been heartening).

Translating Professor Donaldson’s vision into something tangible will not be easy and there are sure to be bumps in the road, but we are only partway through the reform process and there is much more work to do.

Perhaps now is a good time to reflect on how far we have come and how much further we have to go.

Moving forward, we must be mindful of overwhelming those whose job it is to educate the next generation.

Professor Donaldson’s radical and innovative overhaul should not be seen as an open door to outside agencies clamouring for a curriculum tailor-made to their own wants and needs.

According to the overarching Qualifications in Wales (QiW) database, there are no fewer than 8,723 non-degree qualifications currently available in Wales.

It appears an unwieldy amount for a nation looking to scale back and simplify its offer to children.

Former Education Minister Leighton Andrews spoke of the “paradox of choice” in his shrewdly entitled 2011 speech ‘Teaching Makes a Difference’.

Quoting American Psychologist Barry Schwartz, he said: “When people have no choice, life is almost unbearable. As the number of choices increases… the autonomy, control and liberation this variety brings are powerful and positive.

“But as the number of choices keeps growing, negative aspects of having a multitude of options begin to appear… At this point, choice no longer liberates, but debilitates.”

Mr Andrews added: “If we are to be honest with ourselves, we have to recognise that we must limit choice if we are to ensure strategic subjects are taught and key skills learned.”

We face the same predicament now.

Society has a penchant for putting more and more into the curriculum and expecting teachers to pick up the slack.

The net result is an overflowing – and often untamable – cauldron of elements rather like that portrayed in Shakespeare’s Macbeth.

A recent call for compulsory relationship lessons is the latest in a long line of ingredients to be added to the broth – and it will not be long before something else is thrown into the mix.

Truth is, teachers already spend too much time and energy fretting over a convoluted curriculum that is bursting at the seams and we should be looking to simplify, not confuse matters further.

I do not doubt that variety is important – as are the many possible additions under consideration.

But if we are serious about redressing the nation’s skills imbalance – highlighted so regularly by Estyn and other performance indicators – then we must be mindful of not biting off more than we can chew.

After all, teachers have only a finite amount of time with pupils and it was surely not Professor Donaldson’s intention to burden schools with even more paperwork and preparation.

Less is often more and a workable balance must be sought.

The issue of overloading is by no means specific to Wales, however, and newly-appointed Ofsted Chief Inspector Amanda Spielman made the point in a recent interview.

She said: “You spend a bit of time in education and you get used to people saying ‘this must be in the national curriculum’ and you see it all adds up to about five curricula in total.”

We must be careful that what was expected to be a broad, balanced and rich curriculum does not result in something overcrowded and unmanageable.

In the true spirit of Successful Futures, teachers must be given time for thinking, reflecting, problem-solving and innovation – and that can only happen if the curriculum provides the requisite breathing space.

It cannot be ‘all things to all men’.

In its recent letter to Ms Williams, the Assembly’s Children, Young People and Education Committee considered that the design and development of Wales’ new national curriculum would be “one of the most important areas to get right during the Fifth Assembly”.

It is hard to disagree, albeit we are all responsible for its successful implementation.