Don’t panic! International tests give cause for reflection 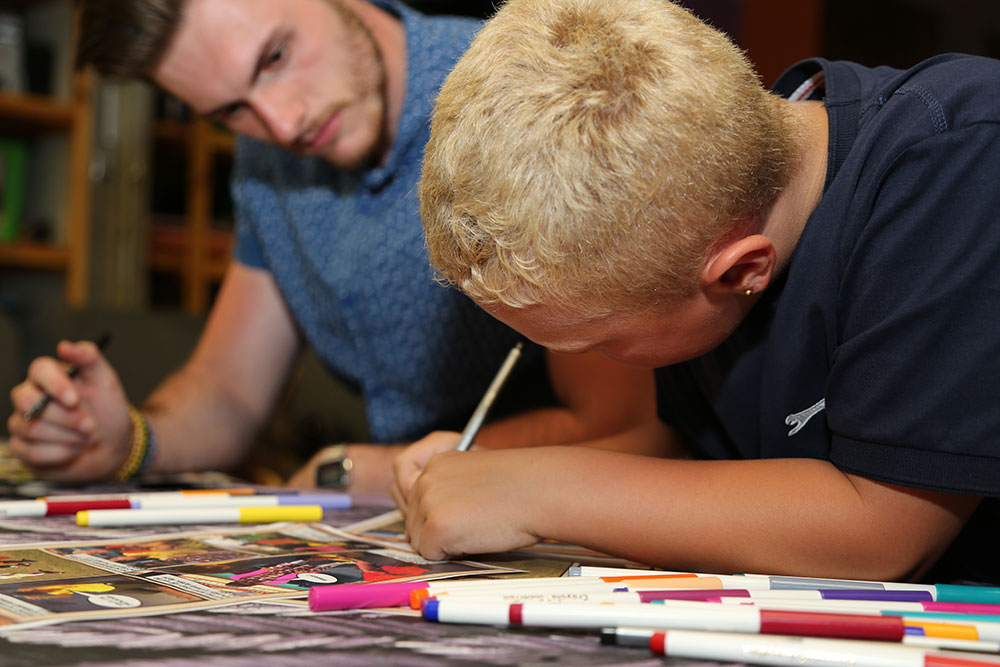 Education in Wales will undergo its biggest test in a week’s time.

The influential Program for International Student Assessment (PISA) results are published again on December 6 and the Welsh Government is said to be bracing itself for bad news.

Conducted every three years by the Organisation for Economic Co-operation and Development (OECD), PISA tests the knowledge and core skills of 15-year-olds as they near the end of their compulsory education.

It uses a representative sample of students from more than 70 countries to gauge how different education systems are performing against one another.

Wales’ results were desperately disappointing the last time countries were pitted against each other in 2013, and critics fear the relative infancy of newfangled education policies will prolong the agony for its schools system.

If reading, maths and science scores dip further in Wales, then the eyes of the world will again fall on Cardiff Bay for all the wrong reasons.

And it’s not just reputation at stake – business leaders predict a poor PISA showing will impact on a country’s economic prosperity.

Perform badly, they say, and industry is less likely to invest on your shores.

Wales’ average score in maths currently stands at a lowly 468 points – 30 points below Scotland and 27 behind England.

The Welsh Government took solace in Wales’ average reading score, which rose in 2013 from 476 to 480 points, though the nation failed to improve its ranking on any of the three measures.

Put together, it meant Wales’ education system had slipped in all three domains – to 43rd, 41st and 36th respectively.

The challenge, therefore, is significant and improvement on the scale of that required to lift Wales up the rankings will take time. There are no silver bullets and what works in one context will not necessarily work in another.

Putting a plethora of restorative initiatives to one side, Wales’ task is made more difficult by PISA’s undoubted influence and reputation as one of the world’s premier advisory tools.

PISA is forever growing and the provinces of Beijing, Jiangsu and Guangdong joined top-ranked Shanghai in representing China for the first time in 2015 (there is a year’s gap between tests and results).

Given Shanghai’s dominance in previous studies, the presence of three more East Asian regions is likely to hamper further Wales’ chances of breaking into the world’s higher echelons.

It is important to remember that Wales is not alone in wanting to better its PISA profile and rival nations have not been standing still, either.

Notwithstanding that fact, the political system and national media will doubtless demand answers if Wales falls foul of the OECD for the fourth round in succession.

The Welsh Government will be duty-bound to respond and must appear proactive in its pursuit of PISA improvement.

But overhauling a schools system already suffering the effects of what the OECD calls “reform fatigue” could set Wales back yet further.

The Welsh Government’s tendency to lurch from one policy to the next has already muddied the water and diluted the impact of some of its more promising education initiatives.

What we need now is a clarity of vision and a relentless focus on delivery. I would urge Education Secretary Kirsty Williams to be weary of knee-jerk reactions and narrow down the Welsh Government’s priorities into a coherent and achievable improvement plan.

It will take a bold minister to hold steady and continue broadly in the current direction of travel, but Ms Williams must resist the temptation to rip up and start again.

It is worth remembering that Leighton Andrews’ response to PISA – his prescriptive “20 point plan” – is still working its way through the system five years down the line and to reset what has been started would do far more harm than good.

In my view, untapped potential lies in a coalition between schools, universities, regional consortia and government working in partnership “together stronger” for the greater good.

Refreshingly, Ms Williams has made no secret of her desire to nurture a culture of collaboration within Welsh education.

In her recent address to the Welsh Government’s National Education Conference, the Cabinet Secretary recognised the crucial role of teachers as agents for change and called upon the profession to take responsibility for their own development.

But with challenge must come support and a structured framework with which to build capacity within the education workforce is essential.

In the short-term, Ms Williams would do well to consider the general perception of PISA and whether or not teachers truly believe in its value.

A collective effort is required to lift Wales up the international rankings and it is difficult to imagine a dramatic upsurge in performance without buy-in from the sector.

The Welsh Government and large swathes of the teaching profession are currently singing from different hymn sheets on PISA, which is seen by many practitioners as yet another tool by which to beat schools.

But rowing back from PISA is not an option and to do so would risk greater reputational damage than that associated with poor performance.

The genie is out of the bottle and the continued participation of England, Scotland and Northern Ireland means Wales has no option than to stay the course.

Nevertheless, the fact that just 89 of Wales’ 213 secondary schools signed up to a spin-off PISA test designed to prepare pupils for the type of assessments used to compile international league tables is indicative of the lukewarm strength of feeling among education professionals.

PISA matters and tests the knowledge and skills that are essential in modern society – but it is incumbent on the Cabinet Secretary and her aides to relay that positive message and ensure meaningful engagement.

It may be that the Welsh Government has to consider incentivising PISA participation and, if necessary, high performance as a way of raising its standing among those who matter most.

If teachers are not serious about PISA, then what chance have pupils got?