A year in the life of an Education Secretary… 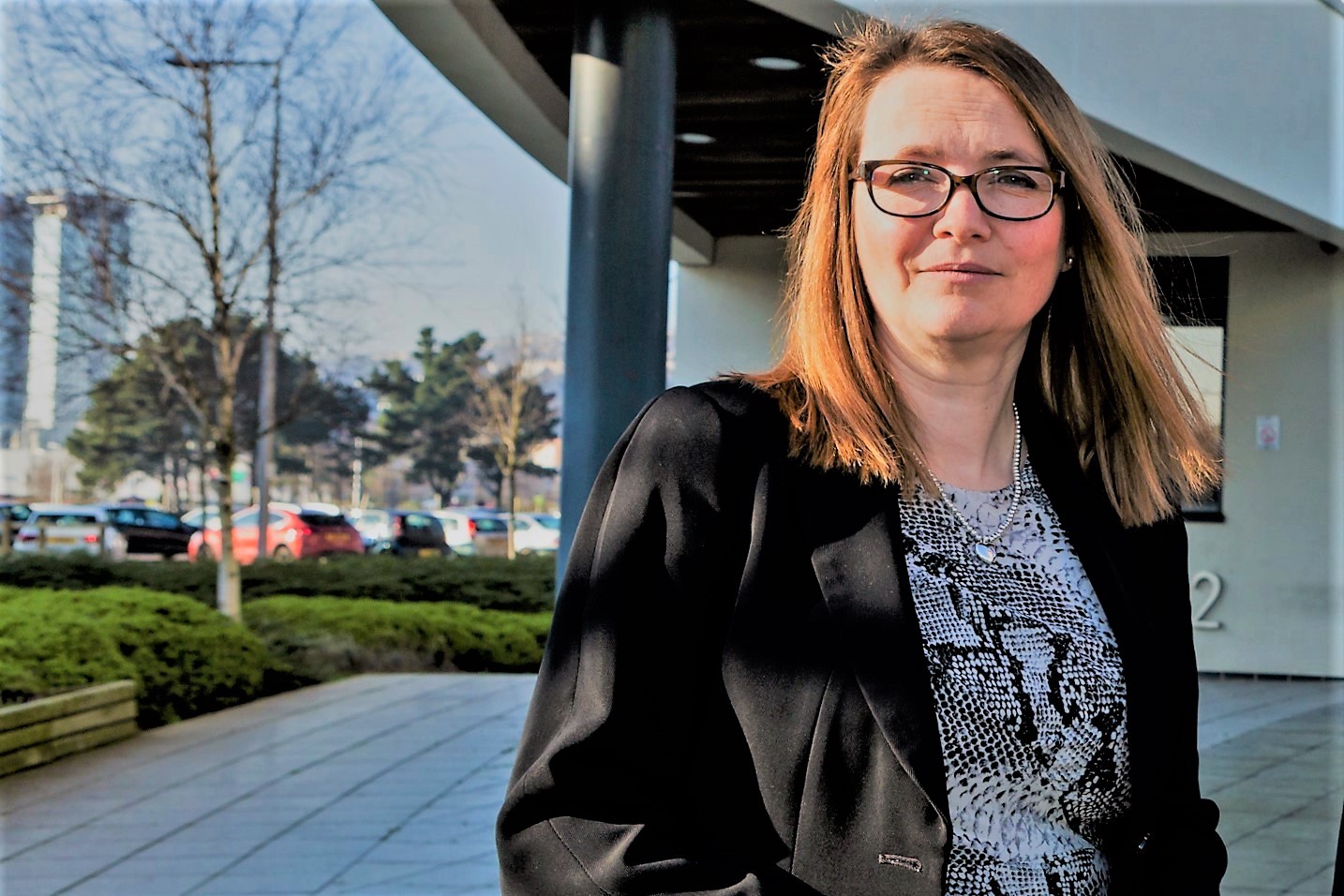 As Kirsty Williams nears an important milestone, Gareth Evans looks back on the Cabinet Secretary for Education’s first year in post…

They say a day is a long time in politics.

If that’s the case, a year must feel like an eternity to Kirsty Williams.

When Wales’ Cabinet Secretary for Education marks her first anniversary in post later this month, she will reflect on a period of frantic activity.

A shock addition to the Welsh Government’s top table, Ms Williams inherited a monstrous portfolio that few, if any, have mastered.

The challenge was significant and her predecessor, outgoing Merthyr Tydfil and Rhymney AM Huw Lewis, left plenty of plates still spinning.

The most notable was, perhaps, ‘Successful Futures’ and Professor Graham Donaldson’s radical plans for a bespoke ‘made-in-Wales’ national curriculum.

What and how children learn in Welsh classrooms will change dramatically in the coming years and schools, in partnership with the Welsh Government, universities and regional consortia, have been given licence to lead us through that transformation.

Reform like this does not come along often; its scope is vast and its reach wide-ranging.

But overhauling Wales’ national curriculum is no easy task and, predictably, there have been bumps in the road.

Nevertheless, Ms Williams made clear her commitment to ‘Donaldson’ very early into her tenure and assurance that work already set in train would be supported was welcomed by the education community.

Continuity was also maintained in the promised overhaul of initial teacher education (ITE) and updating of Professional Teaching Standards.

Both will better prepare the education workforce for the demands of the 21st century and it was therefore no surprise that neither was considered surplus to requirements.

A £36m fund to reduce infant class sizes was announced, despite variable evidence to suggest doing so has a tangible impact, and we await consultation on proposals to create one overarching funding body for the college and university sectors.

In higher education, lightning did not strike twice for the Liberal Democrats as Ms Williams avoided a potentially damaging dilemma over university tuition.

Her party paid a heavy price for reneging on the cost of tuition fees in the 2010 General Election, but a decision to accept the vast majority of Professor Sir Ian Diamond’s recommendations struck the right balance.

In the current economic climate, replacing the Welsh Government’s generous tuition fee subsidy with a means-tested maintenance grant was a sensible course of action.

But it was not all plain sailing, and last year’s eagerly-anticipated Programme for International Student Assessment (PISA) results did not make for pretty reading.

Having performed poorly in three successive PISA tests, Wales failed to make any significant strides up the influential league table and remained bottom of the UK pile.

Responding, Ms Williams battened down the hatches and was refreshingly calm and measured in her approach.

She ruled out the sort of “knee-jerk reactions” associated with poor PISA performance and resisted the temptation to rip up and start again.

After all, our precarious position in the lower half of education’s world rankings has been many years in the making and to have expected wholesale change in the short amount of time since the last assessment would have been totally impractical.

Ms Williams’ steadying of the ship was very much the order of the day; veering off in a different direction would have simply served to destabilise.

Subsequent reaffirmation from the OECD that Wales’ tabled reform agenda was worth pursuing came as a welcome show of confidence and justified the Cabinet Secretary’s decision to hold a course.

So, to some extent, crisis averted – but there would be other headaches on the horizon.

Against a backdrop of shrinking budgets, concerns around accountability and a steady stream of negative press, it was perhaps no surprise that Wales’ first National Education Workforce Survey returned something of a mixed bag.

A poll of more than 10,000 registered practitioners found that a third of school teachers are planning to leave the profession within three years and 38.6% were not very or not at all familiar with Successful Futures.

Ms Williams cited teachers’ access to professional learning and confidence in the delivery and use of ICT as positives emanating from the survey, but there were slim pickings in that respect.

The profession had spoken and, for the most part, it was not what the Cabinet Secretary would have wanted to hear.

That said, there is never a good time for such a harsh reality check and an honest and frank appraisal of the realities of working in Wales’ schools system needed to be undertaken.

Another addition to the Welsh educational landscape saw the creation of a new National Academy for Educational Leadership – a Lib Dem manifesto commitment that has the potential to plug a significant gap in provision.

Initially chaired by former Chief Inspector Ann Keane, the academy will be charged with pulling together existing leadership programmes under a universal framework designed to uphold quality and regulation.

Although a work in progress, discussions with schools, universities and regional education consortia are well underway and the picture is becoming clearer.

Coincidentally, the future for the four regional bodies responsible for school improvement in Wales appears assured having received a public stay of execution.

Despite her party’s pledge to scrap them ahead of last year’s Assembly election, Ms Williams has since paid tribute to the consortia’s “strong contribution to improved outcomes” and increased collaboration with officials.

In fact, collaboration has been something of a buzz word during Ms Williams’ first year in office and she has been at pains to break down perceived barriers between her department and the wider education workforce.

The Cabinet Secretary wants all stakeholders to share expertise and learn from best practice, while taking ownership of their own improvement journeys.

A newfound culture of collaboration is prevalent across all facets of policy development and the co-operative approach to curriculum reform, new professional standards and teacher training is proof the Welsh Government is willing to listen.

Ms Williams’ collegial approach is based on the premise that we are all partners in the “national mission” to raise standards.

The directive has been toned down and the Cabinet Secretary is much more likely to motivate than malign.

But with co-construction comes increased responsibility; the pressure to improve on domestic and international comparators (the next PISA tests are just 18 months away) is shared.

Ms Williams stressed the point during a secondary headteachers’ conference in March, when she stated: “There are only so many times I can get up in the chamber and say there will be jam tomorrow.”

Regardless of how receptive she is to new ideas and how harmoniously she presents her public message, the stakes are high and PISA will not go away.

In the shorter term, it will be interesting to see what becomes of a planned review of Wales’ accountability system.

The onus currently placed on the GCSE Level 2+ (five A*-C grades including English or Welsh and maths) performance indicator is considered a major sticking point and a delicate balance must be sought.

Tracking pupil progress and the value added by schools effectively will be easier said than done.

Meanwhile, the devolution of teachers’ pay and conditions looms large and parity of esteem with colleagues across the border is essential.

A ‘brain-drain’ of our brightest and best to England is the last thing we need as we embark on what is sure to be a defining period in the history of Welsh education.

So Ms Williams can reflect on an eventful first year in charge; a lot has been achieved and broad consensus has been built.

But she would be the first to admit there is still much more work to be done.

It is, however, important to remember that Wales is tackling a number of fronts all at once and change will not happen overnight.

In driving forward our agenda, the Welsh Government must therefore be careful not to slip back into the habits of old – overloading the system and expecting too much, too soon would have a debilitating effect and jeopardise much of what Ms Williams has sought to achieve.

Consolidation is paramount over the next 12 months, albeit there are sure to be twists and turns along the way.